Spain is a centrally governed 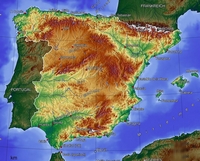 governed country, but it has delegated legislative sovereignty over many areas of law to the individual provinces. This leads to the fact, that regulations may differ very much between locations.

The Spanish Naturist Association is vehemently committed to maintaining this freedom and avoiding new restrictive regulations. It points out that – even under Spanish criminal law – only sexual acts in public are forbidden and punishable, but that legal objections to simple nudity are not reasonable due to respect for human nature.

Legal framework: Nudism is another of your freedoms

Legal framework: Nudism is another of your freedoms

Since 1978, following the approval of the Constitution, there can be no appeal to "moral" considerations in the application of the laws.  No moral system prevails over another when it comes to the protection of the law.  The right to be nude, therefore, is deduced from the Constitution (Articles 1, 14, 17, 20, 138, 139 and 149); and from the European Convention on Human Rights, as expressly stated by the European Court of Human Rights (protected at least by the freedom of expression, article 10 of the Convention).

"Public morality" was the tool used by the previous regime to give legal form to discrimination of a moral character.  Thus, by the Circular of July 6, 1957 of the Ministry of the Interior, the government prohibited not only "any manifestation of (public) nudity in contravention of the decency and traditional good taste of the Spanish people," but further extended the ban to the use of immodest swimwear, including two-piece suits for women and brief suits for men, mandating that women should cover their chests and backs, and that men should wear sport shorts.

Under our current Constitution, all moral systems have equal ranking as long as they do not (adversely) affect any public good protected by law, and therefore no discrimination can be established, with the result that there is no legal impediment to the practice of nudism.

Authorized nude beaches arose because, while the freedom to be nude was guaranteed by the Constitution, the old Penal Code with its article about "public scandal" was still in force.  In an effort to reconcile the contradictory sources of law, nude beaches were designated, even though the contradictory result was that something deemed illegal was legal in certain places.  These days such nude beaches are unnecessary, since one can't "authorize" what is not and cannot be prohibited.  It is no longer correct to speak of "nude beaches," but rather of "beaches traditionally used nude," since in reality all beaches are open to be used freely with no limitations regarding the use of clothing.

In 1989, article 431 of the Penal Code was abolished in order to eliminate considerations of a moral nature that were unconstitutional.  From that moment nudity became legal in any public space (Organic Law 5/1988).

In 1995, with the approval of the new (democratic) Penal Code, the disappearance of the articles contrary to the Constitution was reaffirmed, confirming that "public scandal" had ceased to be a crime.  Nudity became fully legal, at any beach, river, park, etc. – and in any situation.

Some people try to object to nudity based on the legal prohibition against exhibitionism.  The law is very clear on this issue, defining exhibitionism as "acts intended to provoke sexual arousal or obscene exhibition before minors or the mentally retarded." In other words, we are talking about public sex acts, which can be performed with or without clothing.  It is obvious that a nude sunbather does not intend to be sexually provocative.  Nudists cannot be held responsible for other people's prejudices or lack of education, but only for their own actions.

Let's not raise our children to be against their own bodies.  No part of the body is less worthy than any other.  Obliging them to cover certain parts of their bodies when it is not necessary teaches them that those parts are different or bad.  By preventing children from regularly seeing human bodies – persons in their totality – we create myths and distortions and we cause them to identify nudity with sex.

Freedom of expression includes the human body, according to the European Court of Human Rights

In practice, some (very few) municipalities have passed illegal ordinances prohibiting nudity or regulating it on their beaches, and the Supreme Court has ruled that municipalities may have such ordinances based on the conclusion of the Supreme Court that naturism is not an ideology (the Spanish Naturist Federation having argued that nudism or naturism is an ideology, and as such its regulation is reserved to an Organic Law under articles 53.1 and 81.1 of the Constitution).  Nonetheless, in a later suit against the United Kingdom, appealing to the freedom of expression, the European Court of Human Rights ruled that freedom of expression includes the human body, and therefore nudity cannot be repressed by mere ordinances.  This court sits above the (Spanish) Supreme Court.

The Ombudsman (charged with defending human rights in Spain), Francisco Fernandez Marugan, insisted on October 19, 2017, based on the jurisprudence of the Constitutional Court, that naturism or nudism is an ideology, despite what the Supreme Court concluded.  In his juridically well-founded brief, he calls for the withdrawal of ordinances regulating nudity, because "the exercise of fundamental rights is reserved to the law, and cannot therefore be the object of direct regulation by a municipal ordinance."

Some regional parliaments are intervening in the matter, given the insistence of some municipalities on introducing illegal anti-nudity provisions in "gag ordinances" (that intend to regulate expression).  Thus the Murcia Regional Parliament approved a resolution dated October 10, 2017, urging the "elimination of municipal ordinances that make any reference to the attire of citizens, included in the right of freedom of expression, since the exercise of this right is reserved to legislation and cannot therefore be directly subject to regulation by a city ordinance, and instead protect and/or promote the values of naturism as values of our society." The newsletter can be downloaded in PDF format by clicking on this "link" (naturismo.org – FEN – 2019).

The Spanish Naturist Federation (FEN) is working with the organization #NoSomosDelito (We Are Not a Crime) for the elimination or modification of the Gag Law.  Our proposal is that Article 139 of the Law of Municipalities be clarified, so it cannot be interpreted as a free hand to issue 8000 mini-gag laws by means of municipal ordinances.  Our proposal was welcomed at the July 5, 2018 meeting of the Committee on Domestic Administration (Interior) of the Congress of Deputies (the lower house of Parliament).  It would be fruitless to eliminate the Gag Law while the municipalities can generate thousands of Gag Ordinances.

In short: Find out if there is any ordinance in the municipality prohibiting nudity or restricting it to certain beaches if you want to avoid trouble. If you do not mind the hassles and you end up fined it would be easy to win with the "judgment of the European Court" (naturismo.org – FEN – 2019) and the "brief of the Ombudsman" (naturismo.org – FEN – 2019) in hand, and perhaps with a resolution like that of the Region of Murcia.  If you want to spend a day among other nude people, visit this website where traditional nude beaches are listed. And yes, go topless in all bathing sites, including pools, since the equality of males and females in this case is very clear and problems are rare.

The Spanish Naturist Association has so far successfully defended textile freedom on many traditional beaches such as in Las Palmas on Ténerife Island or the entire south coast of Gran Canaria, both part of the Canary Islands.

However, an opinion has developed in parts of Spanish society, that too much nudity has been practised and tolerated in Spain and that this should be countered. This social process is still in progress, so that the situation in Spain with regard to permission, tolerance, or acceptance of nudity is currently very much in flux. Here are a few examples:

A special Spanish feature is the central responsibility for the coastal strip, which is the responsibility of the Ministry of the Environment and is regulated by the "Ley y Reglamento de Costas" (Coastal Law). The individual provinces and also the neighbouring communities had no regulatory authority here, so that in the past nude bathing was practiced and tolerated on almost all beaches of Spain.

This has changed since 2009, when the Catalan municipality of Castell-Platja D'Aro was the first to ban nudity on its nearby beach, and the Supreme Court ruled that the ban on nudity was lawful in response to a complaint by the Spanish naturist association. Since then, other municipalities have followed with such bans, so that more local regulations have to be observed with regard to nude bathing on the beach.

In 2015, the city of Barcelona banned nudity within the city, a practice that had previously been common in some neighborhoods, by a one-vote majority in the City Council. The protests of the nudists in Barcelona against the ban dragged on for over a year, but were ultimately unsuccessful. In other cities and communities such a nudist tradition was missing anyway.

The classic holiday destinations are subject to very different regulations, but in recent years these have been characterised by increasing bans on nude activities.

"Actually, nudity has been forbidden on Mallorca since 2014 – even those who show themselves too lightly dressed in the inner cities of the island risk a fine of up to 200 EURs. Nevertheless, there are still numerous places, where you can swim in the nude without any worries."

The city of Las Palmas on Gran Canaria has started to regulate the use of the beaches and is trying to enforce dress codes.

The municipality of Valle Gran Rey on La Gomera has declared a secluded beach for naturism and is now trying to enforce a ban on naturism on all other beaches in the municipality.

The municipality of Granadilla has banned the beach Playa de la Tejita, which is situated on the outskirts of the village, from nudity, but had to revoke this ban after a lawsuit, as this beach cannot yet be described as a local beach – it is too far outside the village. However, a new hotel complex is under construction – so the declaration of a nude bathing ban could be legitimate there in the future.

Hiking in the buff

At the huge beach areas of Fuerteventura and Lanzarote, naked day hikes are widespread. On Lanzarote, there is the naturist village Charco del Palo, in whose surroundings naturists are on the move everywhere.

In Gran Canaria, nudist hiking is practiced in the Maspalomas dunes and on the beach between Playa del Ingles and Maspalomas. Although naturism is not officially permitted there, it is tolerated. However, it is advisable to have at least a bathing suit or a towel with you.

Currently, Spanish society is still seeking its way between accepting and restricting naturism. For holidaymakers in Spain, this does not make the situation on the ground any better. Thus, you should inform yourself about local regulations and keep to them in order to avoid problems on holiday. Who likes, may of course participate in the competition for the correct way also by own experimental doing – which can be possibly lead to costs or some sort of unwanted inconvenience with public authorities.