Spencer Tunick is known for his photographs of landscapes composed of nude people.

“Spencer Tunick (* 1 January 1967 in Middletown, New York) is an American photographer. Tunick is best known for his temporary installations of nude people, who usually »pose« as iconographic symbols in urban contexts. […]
Tunick graduated from Emerson College with a Bachelor of Arts degree in 1988. In 1992, he began photographing nudes in the streets of New York. With his photographs, he quickly became known throughout the USA. Since the mid-1990s, Tunick has carried out his installations worldwide.
Tunick sees his pictures less as nude photographs and more as landscape sculptures. Tunick places them in a context with participatory art, as it was created in the 1960s […].”
– Source: Spencer Tunick (de.wikipedia.org), 2020, translated, layout modified by author 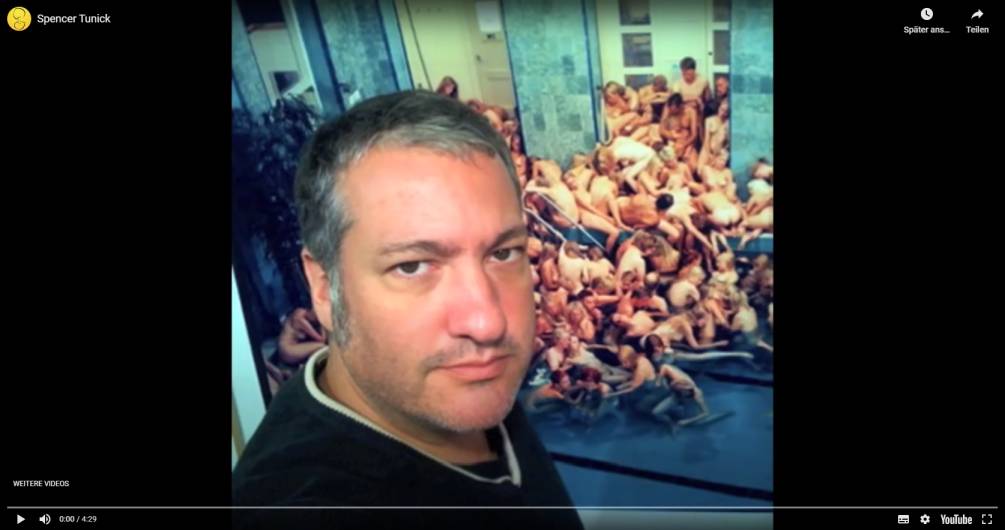 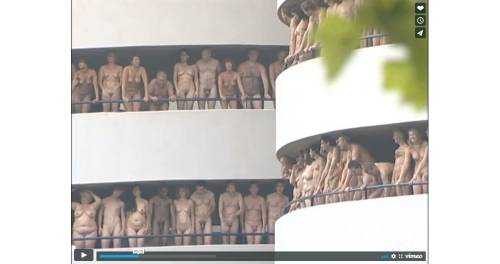 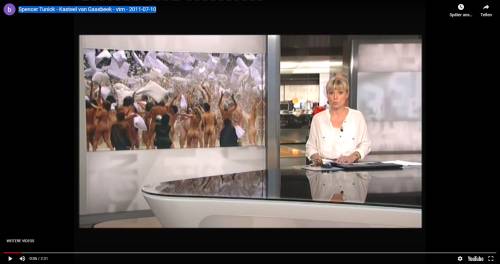 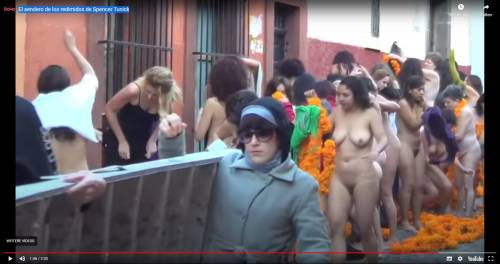 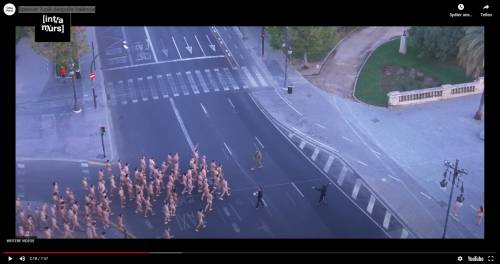